The Children of Generation Lockdown

Our 2021-22 school year was the most difficult year for many educators. It was also difficult for our students. For our PreK- 2nd graders, this was the first time they were together for a full year with their peers. In addition to teaching what academics they could, teachers spent as much time supporting students adjusting socially and emotionally with each other. Students in our upper grades also showed signs of social and emotional duress when they returned to in-person learning.  Staff and students were already emotionally stretched thin and then the mass shooting at Robb Elementary, which snatched the lives of 19 children and 2 teachers, exacerbated the recovering from pandemic trauma. We now had to deal with trauma the school shooting triggered in the students and the adults.

In our country, we like to name our generations based upon their values, partialities, and traits denoting their time period. We have the:

Beginning in 1981 to May 24th, these generations have an added sub-label, they are also Generation Lockdown. 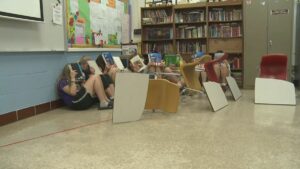 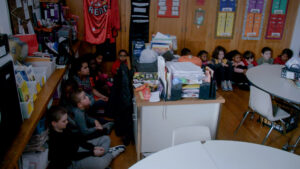 In his article, When Was the Last Time American Children Were So Afraid, Joe Pinkster citing the 1950s duck and cover drills in case of a nuclear attack and the fear of child kidnapping in the 1980s-90s, when for example, 100 children out of 71 million were kidnapped in 1997, posits that the millions of PK-12th grade students will probably never experience a mass shooting while at school. He concludes there’s really little to fear for the millions of staff and students. He draws a connection with an event that never happened, a nuclear attack and child kidnapping although tragic, rarely gets the nationwide media attention like a mass shooting.

Since the Columbine High School mass shooting, 169 children and educators have died as the result of gun violence while in school. In addition to schools having and practicing lock down drills, some districts have added professional development for teachers on providing first aid for gunshot wounds.

Even though the deaths of 169 students and staff out of the millions attending and working in schools may seem like a small percentage, for the rest of us, there is much to fear. Especially when we consider our federal and state legislators have yet committed to making it difficult for an 18-year-old or anybody to buy an assault weapon. Any of us, in Anytown in Anystate could be next vulnerable target. 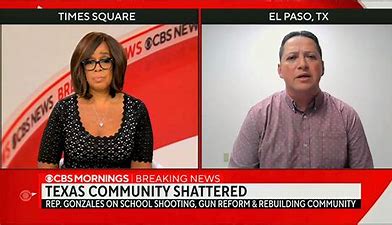 Even after the mass shooting happening in the district TX Representative Tony Gonzales represents, he gaslights his constituency by avoiding CBS anchor, Gayle King’s question, if he will change his stance on HR 5717

Rep Gonzales says it ‘time for LOVE’.  Does he not know that LOVE is actionable? What better way to express LOVE to the families in his district who are just beginning their forever grief by answering, “Yes Gayle, I will now use my power to pass HR 5717 and encourage my peers at the state legislative levels to do the same.”

In the meantime, the children of Generation Lockdown speak out on their real fears of gun violence. This is what Joe Pinkster does not see. Every educator, every student and every family with a school age child is mindful it could be our school the next time.

If there is one group of professionals who appreciate and teach about the power of the pen (text, email), it’s us- educators. Contact your federal and local legislators and share your concerns about supporting legislation to ensure your workplace is safe from gun violence.