Disclaimer: This blog entry is not written to condone the tragic events of January 6, 2021 nor vindicate the behaviors of fellow Americans. Nor am I writing to say that the behaviors we witnessed should be forgiven, forgotten and not be punishable by law.  Instead, my wonderings-in-writing is an attempt to practice what I preach. It is my intentional effort to try and understand the collective behaviors we witnessed that day through a trauma-informed, trauma-sensitive lens. I needed time to sort through my thoughts, move pass my biases, fears, and confused emotions to write a piece that is not about blaming, shaming or biased judging. Please allow me that grace if I did not achieve that intent- charge it to my head and not my heart!

In our book, Building Resilience in Students Impacted by Adverse Childhood Experiences: A Whole Staff Approach, we tell readers the first step toward being more compassionate and emotionally intelligent educators is to think of behavior as a form of communication. What emotional and psychological triggers prompted fellow Americans to behave as they did on January 6th? What are the deeper messages that underlie their behaviors?

This blog is my attempt to share with you some of my thinking about January 6th. In all of the hysteria I witnessed as I watched live coverage of that day, I saw pain, frustration, and neglect. I saw a frightened people, deeply fearful of a changing America.  I saw people who feel America no longer belongs to them. A people for whom Make America Great Again has such profound meaning, they were willing to kill.

My wondering began with these questions:

What would you do? Josh is an eighth grader at Wheeler Middle School in Bellevue WA.  After the January 6th seize of the Capitol, he has been vocal about his disdain for leftist ideology, how the 2020 elections were stolen, always wearing a belt buckle with a Confederate flag and his MAGA hat. He broke school policy however,  after using racial slurs in a confrontation with a student of color and was suspended for two days as required in the code of conduct. At his hearing for re-entry, his father said that his son’s First Amendment Rights were being denied. His son has a right to his voice his opinion and use whatever language he needed to get his point across. The very first day back, Josh continued to use racial slurs when talking to friends and within the earshot of students of color. (By the way- this really happened in a school in the Pacific NW). How do we manage the racial divide in our schools?

Something to think about: Laying the Foundation

Fact #1: Our shared and collective American history is rooted in trauma.

Fact #2: Historical trauma is the cumulative emotional and psychological wounding over an individual’s lifespan and across generations as the result of massive group traumatic experiences.

The effects of historical trauma have been well documented for Indigenous, Black, and Brown people. However, research on the impact of historical and transgenerational trauma on white people is negligible.

But our world history tells us White people, regardless of their European roots, were subjected to traumatic events before they arrived in colonial America.

Fact #3: Europe during the medieval times was marked by violent forms of public torture and mysterious plagues, the latter we can identify with because of the coronavirus pandemic. Most Whites left Europe by force when England emptied her prisons of debtors and criminals. Others fled their European countries because of famine and poverty.

In addition, early forms of punishment for transgressors in the colonies mirrored the torturous practices they had witnessed in their home countries. The whipping post, dunking stool, and pillory were used to publicly whip transgressors, dunk them into water or lock their head and hands in a wooden frame while standing. Women in Salem MA were tried, convicted, and put to death because they were thought to be witches. 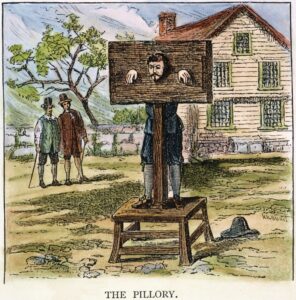 Four major wars, the American Revolution, the War of 1812, the Civil War, and the Mexican American War, were fought on American soil. But before their arrival here, the Scots battled each other in their homeland. The Irish and England battled each other for hundreds of years. We know now how wars can cause post-traumatic stress syndrome for many. The fact that these wars were fought here infers that ordinary citizens were traumatized because of their proximity to battles.

Lastly, the vast majority of Europeans living in the colonies were indentured servants. This was also traumatizing.  Indentured servants could be sold or loaned, known as binding out, to others. They could not marry. If a woman got pregnant before her contract officially ended, the owner of the contract could add more years. Children often served longer periods of servitude. Women were subjected to rape. If their masters were cruel, they had limited rights for recourse. 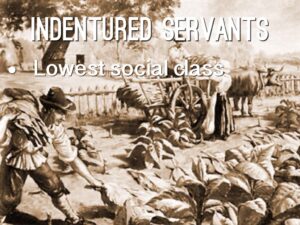 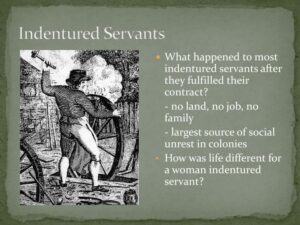 Review of Facts 1-3: There is no single group of Americans who have not experienced some form of trauma during the early formation of this country. This can be a unifying point and a starting place for forgiveness. Moving forward and onward. As Dr. Phil says, “ You can’t change what you don’t acknowledge!”

Theoretical Fact # 4: Epigenetics is the study of how traumatic events alter the way our genes function. Epigenetics is beginning to prove how the cumulative effects of psychological and emotional trauma are heritable. That being said, coupled with Facts 1-3, we, the people, and descendants of our early ancestors have inherited that trauma.

In his book, Hillbilly Elegy,  J.D. Vance states that he was able to understand the dysfunctional patterns in his family after reading about the impact of poverty on the lives of Black people. If the legacy of historical trauma on the physical and emotional well-being of Black people is well documented, why haven’t we researched their White counterparts? As a matter of record, the critics panned the movie. The fans loved it!

Among the thousands of people at the Save America Rally which turned violent, there were military personnel, police officers , and educators.  One teacher  shared his experiences with students and may lose his job if he violated laws. They took a political and racial stance waving Trump banners and Confederate flags.  Many wore Make America Great Again hats. Five Americans died that day including a Capitol Police officer and a protestor who was an Air Force veteran.  We have seen videos of people carrying zip ties. We heard video footage of voices chanting, “ Hang Mike Pence”. We heard the eerie voice calls “ Where are you, Nancy (Speaker Pelosi)? We’re looking for you”.

Now that we have evidence-based information about historical trauma and epigenetics, what traumas lurk in the psyches and bodies of the White Americans who, on that day, were willing to commit such violence and prepared to kill?

Wonderings: What does Make America Great Again mean? What is triggering the psychological and emotions of these White Americans into  fight – flight – freeze – appease ? What does America need saving from?  Why do hurt people, hurt people!

Imagine, if we taught American history from multiple perspectives, the contributions, and challenges of all ethnic groups from pre-colonial to present times. If we taught a whole history and not just a Eurocentric history – segregating all other histories into specific months. Shouldn’t all of our stories are needed to make America’s future great. Who benefits when Americans are pinned against each other?

Imagine if our PreK-12th  curriculum content and daily practice was integrated with trauma-sensitive strategies. And by focusing on the emotional well-being of staff and students, what kind of citizenry and future citizenry would we have?

Humans are tribal by nature. In his article, Belonging is our blessing, tribalism is our burden, Dr. Saul Levine describes how difficult creating a shared sense of belonging can be and how easy tribalism divides us.

”But while we value the importance of Belonging, dangers lurk when there is an absence of Benevolence. Excessive group cohesiveness and feelings of superiority breed mistrust and dislike of others and can prevent or destroy caring relationships. Estrangement can easily beget prejudice,  nativism, and extremism. These are the very hallmarks of zealous Tribalism which has fueled bloodshed and wars over the millennia.” Dr. Saul Levine

Fact # 5  We are a multiracial, multi-religious country bound by ideals that all are created equal! 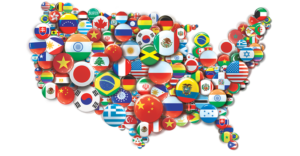 The Kellogg Foundation spent 2016 in a design phase that led to the creation of the Truth, Racial Healing and Transformation Framework. The Foundation partnered with 176 leaders and scholars representing more than 144 national individuals and organizations, with a reach of 289 million people. The Truth, Racial Healing, and Transformation Framework is a guide designed to help communities gain understanding of the factors and conditions that support racial hierarchy that impedes our collective potential and progress. The Truth, Racial Healing and Transformation Framework focuses on narrative change, racial healing, relationship building, separation, the law and economy. Its theoretic premise – there is no hierarchy of human value. All stories are important, all voices are needed, all Americans matter!

Fact # 7  PreK-University Educators are critical participants in the process of  racial healing. Or are we?

Projects Explore Role of Social-Emotional Learning in Healing Racial Wounds | College of Education | U of I (illinois.edu)

Education Will Be Critical in the Fight for Democracy and Anti-Racism (truthout.org)

Racial Resilience: Achieving Equity Through Self and Systems Change